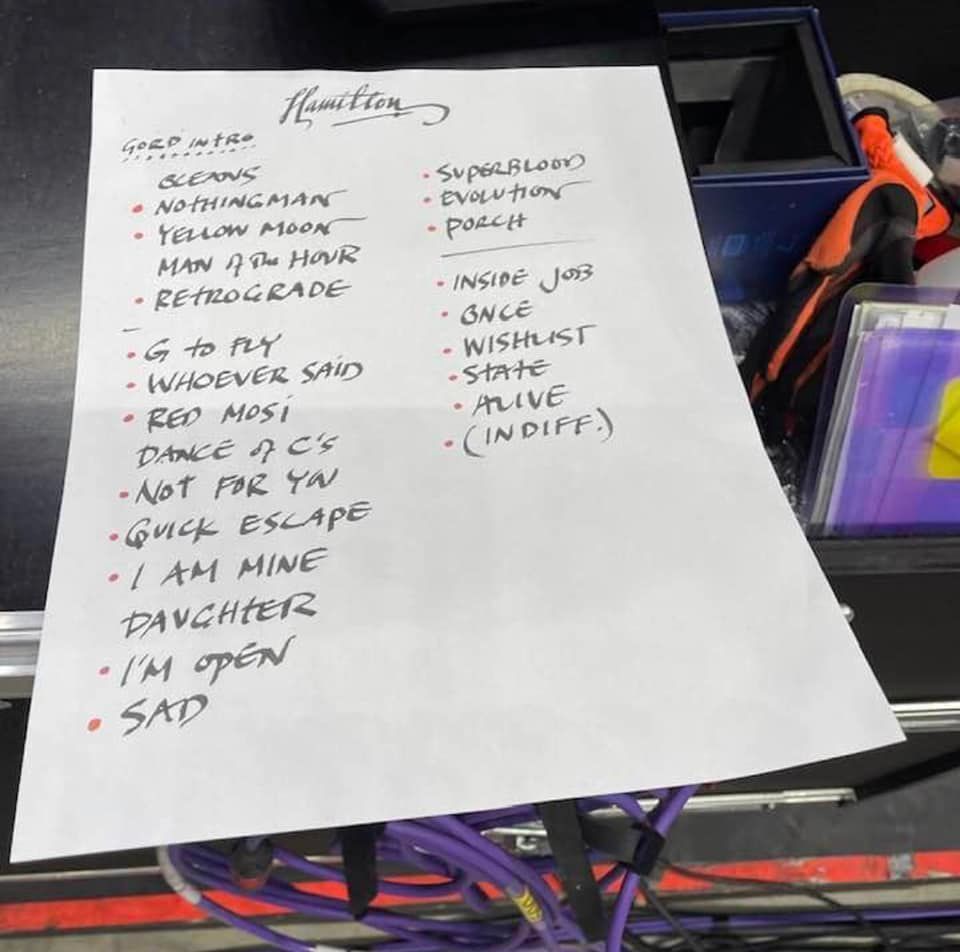 Main Set: Oceans, Nothingman, Yellow Moon, Man Of The Hour, Retrograde, Given To Fly, Who Ever Said, Red Mosquito, Dance Of The Clairvoyants, Corduroy, Quick Escape, I Am Mine, Daughter, I'm Open, Sad, Superblood Wolfmoon, Do The Evolution, Black/(Androgynous Mind)(We Belong Together), Porch

Encore 1: Inside Job, Once, Wishlist, State Of Love And Trust, Alive, Indifference

A completely different seated set for the 3rd show in a row. Ed exclaims “you sound good!” during Nothingman, and his voice sounds great again as well. After Yellow Moon, he says they’re going to play one they don’t play very often “for a special member of your community…and of the Pearl Jam community” and Man of the Hour is played for a man named Richard. Retrograde is started seated, but Mike stands up for the solo and the rest of the band follows shortly. The ending is loose and chaotic, very impressive. Ed interjects “Devo, Devo!” into the Satisfaction tag in Who Ever Said to drive the point home of exactly who they’re covering. Following Who Ever Said, he jokes that he told his daughter they were playing Hamilton and her response was “…you’re doing the whole thing?” Corduroy is dedicated to Gordie Howe, Detroit, Justin Trudeau, and Mark Bell, among others, after name-dropping that Paul McCartney told him not to name-drop. Mike goes behind the head for the Quick Escape solo. Ed tells a long, meandering story before I Am Mine. Sad returns for the first time since Wrigley 2016 after being cut from the previous two sets. Ed does a little “hey hey it’s okay” Androgynous Mind tag before going into a short “we didn’t belong together” riff. Mike is a standout on the Porch jam, he’s on the floor by the end of it. After the break, Ed talks about EB and points out a brave young person in the crowd. Wishlist is played for the back of the arena. No covers on the night, just a celebratory Alive and a singalong Indifference with the lights up.